Showing posts from December, 2018
Show all

How to Block Tough Wall and Ceiling Stains 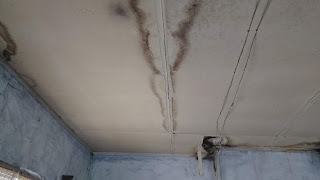 Ever had a massive stain on your walls or ceiling?   Usually in my work as a interior painter in Northern Kentucky I find a lot of water stains on ceilings. The cause is most often always a leak from a upstairs bathroom.   The #1 questions that I get asked from those seeking painting advice, is how to block these stains out.    In recent years many paint manufacturers have released Latex- water based stain blockers and primers. And many of them have ( Big Promises) on the labels to tackle tough stains with ease. The truth i have found out about these water based primers/ stain blockers is that while many of them are excellent primers that promote great adhesion for top coats, their stain blocking capabilities are very limited. Especially Especially against Large Water based stains.    So my advice for those who seek it on stain blocking is and until someone shows me proof of something better, to reach for good ol’ Oil Based Kilz.   When I need to block stain
Post a Comment
Location: Florence, KY, USA
Read more 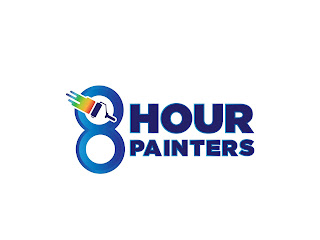 Today December 27, 2018 I announced my new paint Brand (8 Hour Painters) it will become a service of ExtraPrep Pro Painting.     But 8HP will operate as its own brand and entity. I do this with all of my painting products... essentially I brand them and then begin to produce online content for them. That content then produces sells.  So essentially i produce a mini business within ExtraPrep Pro Painting , and then ExtraPrep Pro will then begin doing business as this mini business. I do this for a multitude of reasons but to explain it simply it creates a package for me to sell something that can be difficult to market and sell.       The concept of low-intrusion painting has intrigued me for awhile now. The ability to be able to clear a job in one day instead of 5 or 6 days by great project management and additional painters.  I feel this service is sorely needed throughout Northern Kentucky. Most homeowners and business owners alike, i talk too, constantly speak of painters b
Post a Comment
Location: Union, KY, USA
Read more

December 26, 2018
My days now usually include a few interior painting estimates. Especially since we are in the winter months here in Northern Kentucky. Its simply the time of year here that most who can afford interior painting, have it done.    Today I had two Estimates early, too my surprise they were both near Crittenden, Ky which is a joy for me because its so close to my actual house. Not only do I get to slack a bit for lack of traffic and congestion, but I can also offer these customers a great deal being that they are so close too our equipment storage and such. Its just simply a lot less leg work.     Those who know me well, know that one of my bargaining chips as a painting contractor is I push what I call ( low intrusion painting). This for me means simply bringing enough men to complete the job in the shortest time possible. What I refer to as ( Not camping in someones house).    During my two estimates this morning both homeowners spoke very poorly of  the previous painting contra
Post a Comment
Read more

December 22, 2018
WELCOME TO MY Page!     Im a entrepreneur in the Painting Business.    I operate several Painting Brands in the Northern Kentucky market.     This page will be a place where I can create written Articles to help homeowners and others make informed decisions about Painting Choices.     I hope it finds useful to many people in the future.    My email anthony@anthonyfordthepainter.com
Post a Comment
Read more